On the joyous July evening when England’s women won the 2017 World Cup, Tammy Beaumont had somewhere to go. With two medals round her neck – she was also Player of the Tournament – she headed for the white benches on the top deck of the Lord’s Pavilion. There, four years earlier, after failing in a one-day game against Australia, she had wept alone, knowing she would be dropped again. Looking out over the home of cricket, she asked herself whether she was good enough. It was a question that would continue to haunt her.

The first seven years of Beaumont’s international career produced little. Rock bottom came in 2014 at the World Twenty20 in Bangladesh, where she made ten runs in four innings. Doubt grew into a full-blown crisis. “I wasn’t in the best place with cricket,” she says. “I hated it.” She told England’s assistant coach, Carl Crowe, that she was considering quitting. Instead, she gave it one more go and – having batted in every position except No. 4 – set a goal of turning herself into the best opener in the world. 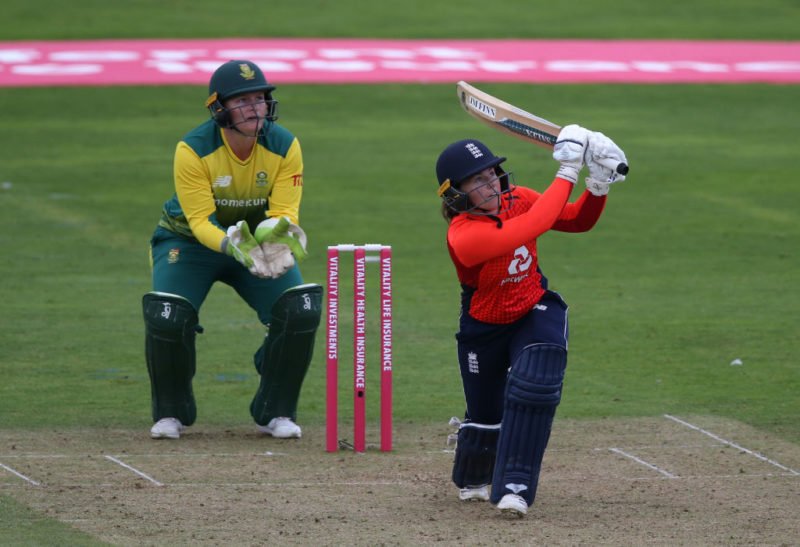 Central contracts had come along, so Beaumont could invest in her game. “I’ve been in the right place at the right time,” she says. “A few years earlier, I would definitely have been lost to the system, as I would have needed to get a job. I wasn’t good enough at that point.” Returning to that bench as a world champion, she snapped a photo and sent it to Crowe: “Remember this?!”

There were still points to prove. In June 2018, England were thrashed in the first one-day international by South Africa at Worcester, and Beaumont made six off 26 balls. “I felt responsible for the whole innings. I didn’t play anything like I wanted to for England.” Three days later at Hove, she drove her first ball down the ground for four. “I was determined to go out and show what I could do.” She finished with 101, and did not leave a single delivery. Three days after that, at Canterbury, she hit 105 to seal a chase and a 2–1 win. Then, in a T20 game at Taunton, Beaumont made it three international hundreds in nine days, getting there in 47 balls, the fastest by an England woman; a total of 250 was comfortably a world record. She followed that with 71 in another T20 against the South Africans, then one-day scores of 40, 67 and 53 against New Zealand. Her tally of 628 runs at 57 was a record for England in a home summer, beating Jan Brittin’s 595 in 1984. 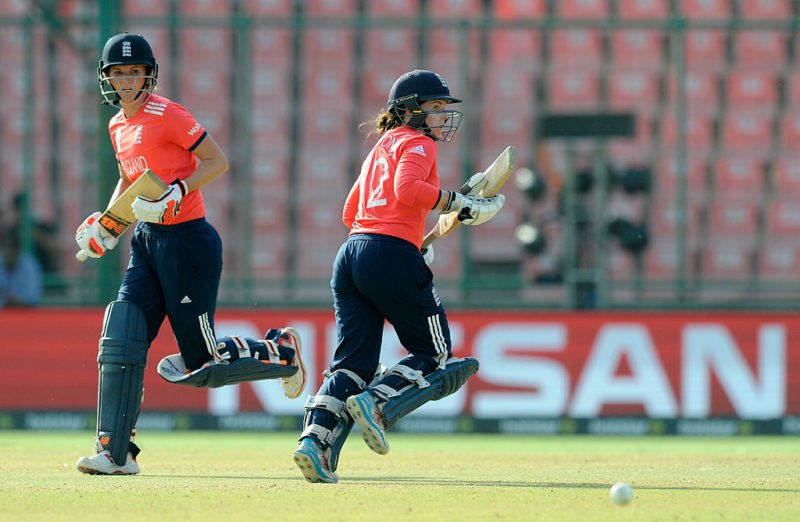 Beaumont’s rise has come after the retirement of Charlotte Edwards

Beaumont is now a homeowner and part-time commentator – a world away from the days when she was struggling to get a sports-massage business off the ground. In the two years after England coach Mark Robinson backed her at the top of the order, she made 1,579 one-day international runs at nearly 51. She credits him with allowing her to flourish, even at the expense of Charlotte Edwards, pensioned off to create space for emerging players. Edwards had been Beaumont’s “hero and role model” from an early age. “On the one hand you are devastated for Lot, and appreciate everything she has done,” she says. “But at the same time it was the chance for someone like me to step forward.”

In June 2016, Beaumont did just that: in successive innings against Pakistan, she made 70 (her first international fifty, nearly seven years after her debut), then 104 and 168 not out. As she completed the first hundred, her parents – watching at 4am in Boston, where they have lived since she was 20 – broke down. “They haven’t missed too many games after that,” she laughs.

TAMSIN TILLEY BEAUMONT was born in Dover on March 11, 1991. Her mother, Julie, smoothed the way for her first game of hard-ball cricket, aged eight. Her brother, Michael, was captain of an Under-11 side coached by her father, Kevin, a research scientist and dedicated club player. “My mum tells the story quite proudly,” says Tammy. “They were struggling for numbers. I sat on dad’s armchair, looked at his notes and said: ‘But I bowl better than him and I bat better than him! Why can’t I play?’ Dad looked at mum, who said: ‘She’s right.’ So then they had to pick me.” 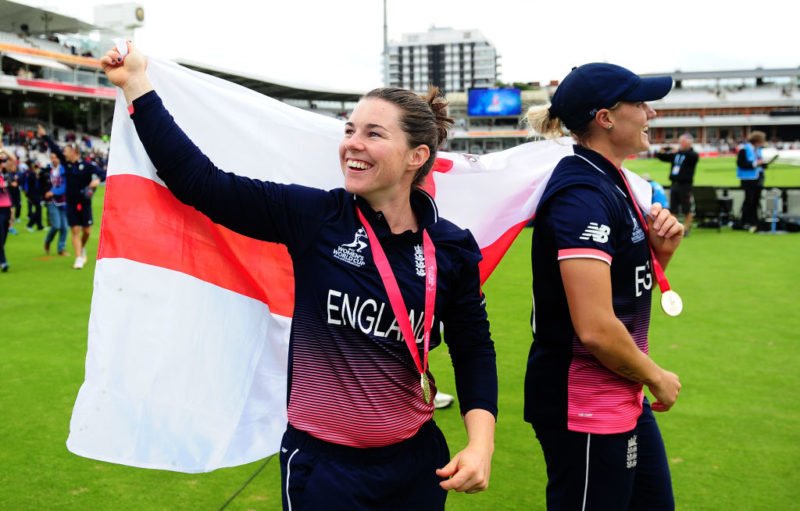 Her passion was nurtured on a challenging pitch in the back garden and, in the colder months, in the living-room, with a miniature bat and ball, as she tried to avoid getting into trouble with her mother. “Dad had to take the flak because it was his idea.” Beaumont followed in his academic footsteps, studying chemistry and sports science at Loughborough University, while Michael got a PhD in organic chemistry. Some of her best memories come from the time all three turned out for Sandwich Town Second XI, where her dad was a cagey off-spinner. “Michael was a very good fielder, so he’d be at cow corner and I’d be keeping,” she says. “The number of times it was ‘stumped or caught Beaumont, bowled Beaumont’ was ridiculous.”

She wasn’t selected for Kent Under-11 because she was a head shorter than her peers, a consequence of food allergies that slowed her growth. “My coach called me the Mighty Atom, because I was tiny,” she says. “I started gymnastics because my mum thought I was so weak I needed to build up some muscle. I grew out of it when I was about eight, but I was always shorter than everyone.”

Even so, Beaumont’s technical prowess shone through. A Kent debut came in May 2007 at 16, leading to selection in the Super 4s, then a bridge to international cricket. By August, she was off to the Netherlands on an England development tour. Two years later came her first cap.

She still has a way to go. “I don’t think I’m the best opener in the world. But that’s still the goal, and I want to do it for as long as possible.” After that, she would love to deploy her experience – the bad and the good – in a leadership role. “One day I would like to be in some kind of position of responsibility. That would be amazing. But if it doesn’t happen, I’d like to be part of one of the most successful teams in England history.”