For one glorious season, Vintcent van der Bijl was an unmissable presence in county cricket. His performances for Middlesex in 1980 earned saw him named one of Wisden’s Cricketers of the Year.

Few cricketers have made a bigger impact in a single season of English county cricket than Vintcent Adriaan Pieter Van Der Bijl made in 1980. He took 85 wickets at 14.72 apiece, finishing virtually top of the first-class bowling averages. He made a massive contribution to Middlesex’s victories in the Schweppes County Championship and the Gillette Cup, not only with wickets but also with controlled hitting when runs were needed.

When he arrived in April, he had a long tally of broken records behind him to South Africa and, on a variety of pitches in an uneven English summer, he more than justified the reputation which had preceded him of being one of the best fast-medium bowlers in the world. Most of all he brought, as is generally agreed, a breath of fresh air with his immense enthusiasm, his love of playing cricket, and his bubbling friendship for other cricketers.

Born in Cape Town on March 19, 1948, he is a member of one of only four South African families to have had three generations of first-class cricketers. His grandfather, V.A.W. van der Bijl, played for Western Province in 1892 and a great-uncle was selected for a tour of England but had to decline.

Vintcent van der Bijl’s success in England in 1980 must have given special pleasure to those who knew his father, Pieter, a greatly loved figure as a Rhodes Scholar at Oxford in the early 1930s, as a soldier in the Second World War, and thereafter as a famous schoolmaster in the Cape. Pieter was in the Oxford side of 1932 with two other eminent South African cricketers, Alan Melville and Tuppy Owen-Smith.

As a resolute opening batsman he made 125 and 97 in the Timeless Test in Durban in 1939. Though seriously wounded in the Desert Campaign, he was always closely concerned with cricket afterwards and, after retiring as headmaster of the Diocesan College Preparatory School, Rondebosch – Bishops Prep – he was proving a great success as Director of Coaching for the Western Province Cricket Union when he died suddenly in 1973. 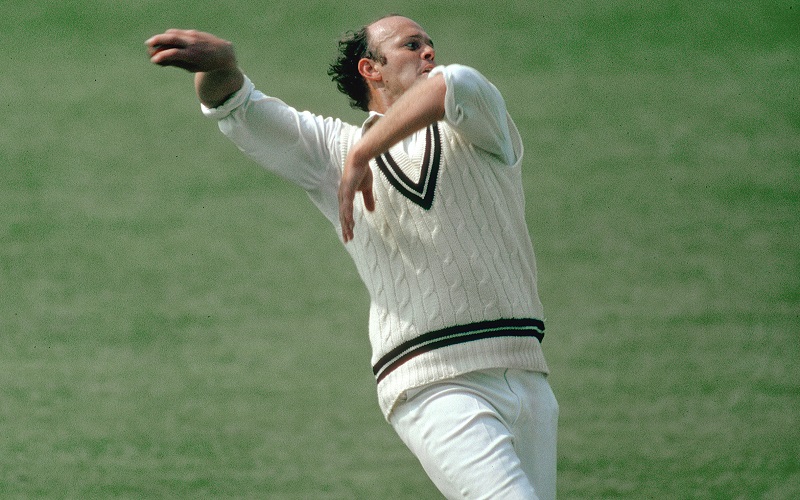 He had by then been delighted and surprised by the start of his son’s remarkable career in first-class cricket, having thought that Vintcent would be no more than a good club cricketer. I was present in the van der Bijl house at Rondebosch on New Year’s Day 1967 when Vintcent, then just leaving Bishops, was setting off for the Nuffield Schools Week, in Rhodesia that year, as captain of the Western Province side. Pieter was asked how good a cricketer Vintcent was. “Oh, I don’t know,” he said vaguely and with a certain lack of paternal optimism, but – this with more certainty – “if they could only get someone the same size to pack down in the second row with him, he’d kick goals for them from all over the field.” Vintcent, it seems, was a prodigious place-kicker.

Vintcent van der Bijl had already reached his height of 6ft 7½in but had not long been bowling. It was Tom Reddick, late of Nottinghamshire and for many years a coach of inspiration in Western Province, who had persuaded him to take bowling seriously at the age of 15. In 1967, he was still batting high up the order in schools cricket. In the next year or two he probably had two pieces of luck, the first that he went to the University of Natal. This took him away from Cape Town, where the slow, low pitches of Newlands at that time would not have helped a young fast-medium bowler, though he was successful enough there later when in his prime. He stayed on, too, in Natal during one vacation to work and in that time was invited to play for Natal. 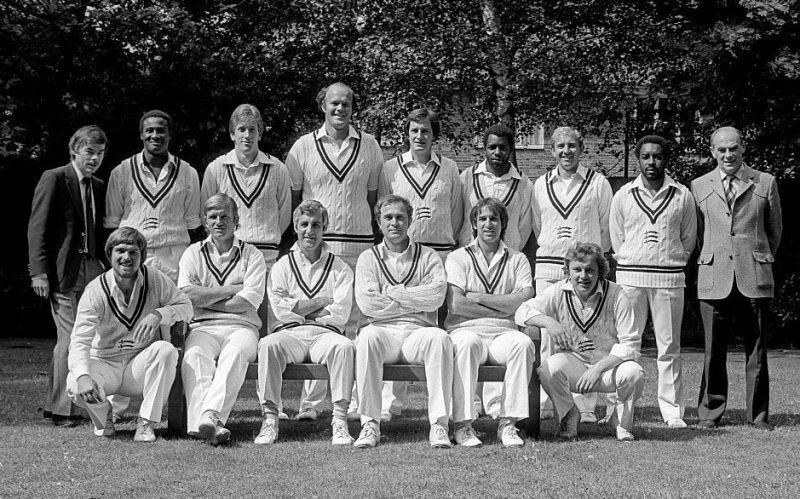 Middlesex team during the Benson and Hedges Cup in 1980

He had not been very successful in his first first-class matches for the South African Universities in 1967/68, but under the influence of the Sports Director of Natal University, Trevor Goddard, he was soon bowling well enough for the University in league cricket to go straight into the Natal side, missing out the B team. Peter Pollock was another to help him, as van der Bijl began the career with Natal in which in the 12 seasons from 1968/69 to 1979/80, he broke all sorts of records.

He is the highest wicket-taker in Currie Cup history with 420 wickets and the highest for Natal or any other province in first-class matches with 458 wickets. He holds the record of 65 wickets in a season of South African domestic cricket. He has taken more wickets than any South African bowler in history. He holds the Gillette Cup/Datsun Shield record of wickets taken in this limited-overs competition. He has made more appearances for Natal than any other cricketer, including 77 in succession – a compliment in itself to the fitness of one who has an extensive frame to look after and cannot be expected to be as supple as others. Yet he has made himself into a very competent fielder and he is a fine catcher.

In 1976/77 he took over the captaincy of Natal, who duly won the Currie Cup and became the first province to win the 60 others Datsun Shield in the same season. As Natal’s batting declined in subsequent seasons he applied himself more to his own batting and in 1978-79 made his first Currie Cup 50, in fact his first three 50s. The consistency with the bat which was to be so useful to Middlesex was developed.

In 1979/80 the Natal Cricket Association paid him the unusual tribute of granting him a benefit. By then, Vintcent van der Bijl would probably have been considered by those who played against him and watched him as the best bowler never to have played in a Test match. He was picked for the tour of Australia in 1971-72 but it did not take place.

Early in 1980, however, an opportunity occurred to break new ground. He had not been a professional cricketer – he was a schoolmaster in Pietermaritzburg who loved playing cricket – and he was not greatly bothered that he was not widely known outside South Africa, where he had taken all his first-class wickets. But because of South Africa’s isolation, he had been deprived of the more colourful life and the travelling which other cricketers of his standing take for granted. He had been to England only once, on a private tour with the Wilfred Isaacs’ XI in 1969.

Then in 1979 he gave up teaching and went into business. When Middlesex approached him, his employers, Wiggins Teape, generously let him off for six months, as he says, to “fulfil my personal ambition” – and also to gain business experience in Britain. For Middlesex, his arrival in April 1980 and the failure of West Indies to pick Wayne Daniel for their tour promised a Championship-winning partnership. For Vintcent van der Bijl it was a marvellous chance to take his wife, Beverley, and their two daughters, Sarah and Chloe, to England for the first time. As one of the later chapters in his playing career, he would be sampling the different and, to use an overworked word, challenging world of English first-class cricket.

He would have enjoyed it however it had worked out, and would have remembered it all his days. In the event, a lot of others, players and spectators, were to remember it too.

This article first appeared in the 2008 Wisden Cricketers’ Almanack. You can pre-order this year’s Almanack here.