Among the many beguiling memories from the Summer of Virat, there is one that does not feature his batting. On the opening day of the First Test of a mouth-watering series, England were in control on a balmy Birmingham afternoon. Jonny Bairstow, batting with Joe Root in an unruffled century stand, had worked an off-break to midwicket, where Kohli gave chase. The batsmen set off for what seemed like a humdrum two, before Root, halfway back, glanced at Kohli – and knew his day was done. Kohli, as fit and fast a fielder as any India have produced, caught up with the ball, swivelled balletically, and threw down the stumps at the bowler’s end.

As a diving Root dusted himself off and trudged back to the pavilion, Kohli bade him adieu with a series of kisses blown off an upturned palm. The kisses were delicious mischief. To those who say they were gratuitous, just try watching a replay: one cannot quite imagine that run-out, now, without those kisses.

That wicket caused England to subside from 216 for three to a below-par 287. How would India respond? In the depressing modern manner, Kohli’s side had come into the first Test with little preparation. He himself had not played a Test for more than six months, having missed the one-off encounter with Afghanistan in June – initially because he was planning to play for Surrey, though a neck injury scuppered that. 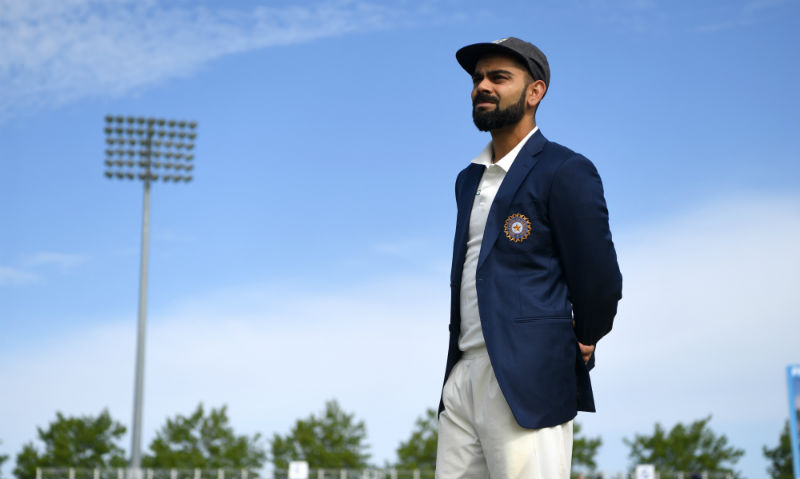 He wants to be dominant – not merely successful – against all teams, in all conditions

Kohli is a man of adamant ambition: he wants to be dominant – not merely successful – against all teams, in all conditions. Barring Pakistan, where he and every Indian cricketer his age or younger have yet to play, England was the only land in which he had failed. On his previous tour, in 2014, he had failed spectacularly, scoring 134 runs in ten innings. Comfortable against no England bowler, Kohli was thoroughly exposed by one in particular: James Anderson dismissed him four times, and would probably have had him twice as often had others not dismissed him first.

Related Story: Quiz: Name the cities where Kohli scored each of his Test hundreds

In an interview with Nasser Hussain on England’s tour of India in 2016/17, Kohli revealed he had “put too much pressure” on himself that summer, and “wasn’t able to get out of that desperation. You need to have a perfectly clear head to score runs in England.” He was, he told Hussain, “expecting the in-swinger too much”. In the event, he nicked in-swingers and out-swingers alike, and lost much of his swagger. 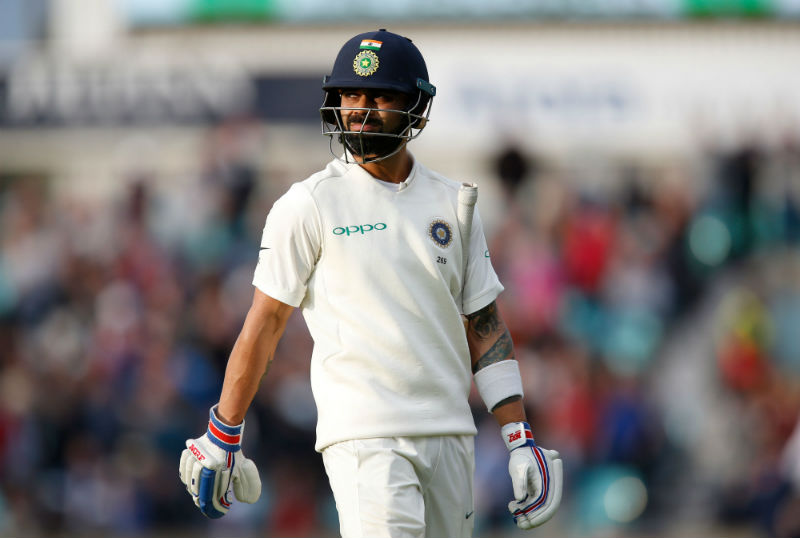 At Trent Bridge, he was out for 97, wafting lazily at Adil Rashid. As if to atone for a century squandered, he scored 103 in the second innings, giving him precisely 200 for the match – a quirky reprise of the first Test, where Kohli followed that 149 with 51.

He might never have rewritten his personal history, nor found redemption, had Dawid Malan caught him on 21 at Edgbaston. India were 100-5, and Anderson, bowling beautifully, induced an edge as if it were 2014. Malan dropped a catch only a few shades more taxing than a sitter, and Kohli was to deny Anderson his wicket for the rest of the series. He would be the last to say he mastered him, but there can be no doubt Kohli blunted him.

Born in Delhi on November 5, 1988, Virat Kohli is often regarded as an embodiment of modern India. There is some truth in this assertion, but it is also misleading. He is certainly brash and hot-headed, as urban India has become, but he is the best in the world at what he does. Much of modern India, by contrast, is mired in mediocrity. 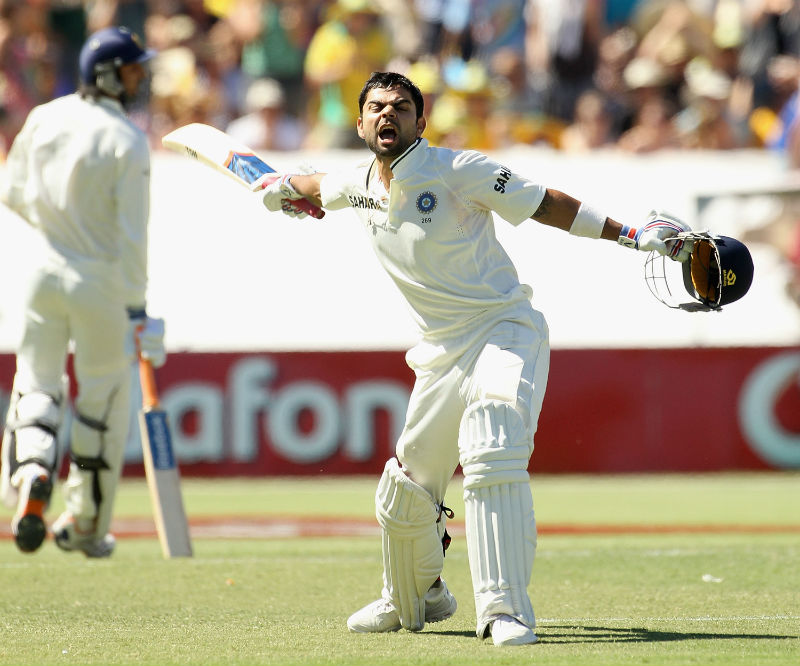 Kohli was born into middle-class surroundings, and his childhood was secure but scarcely luxurious. His family ensured he received the best coaching their modest means could buy, and the investment bore rich fruit: shining for Delhi at age-group cricket, he captained India’s Under-19 team to World Cup success in 2008 and made his one-day international debut later that year.

He played his first Test in 2011, in a modest series in the West Indies, and did not score a century until his eighth – a gutsy 116 at Adelaide in January 2012, one of the few bright spots for India on a dismal tour. He was beginning to outgrow the tag hasty critics had thrust upon him, that of a one-day specialist. And while he continued to thrive in limited-overs internationals – and remains the game’s most ruthless chaser – he made no secret of the fact that Test cricket was his first love.

This has been a propaganda gift to the game’s oldest form. He is articulate and passionate, speaks his mind, and has little time for platitudes. By the end of the 2018 series, it was his disarming post-match candour, as much as his irrepressible batting, that won him the respect of England’s cricket-watching public.

Later in the year, in Australia, he won more than that – India’s first Test series victory there in more than 70 years of trying. Ramachandra Guha, the Indian game’s foremost historian, wrote that “in all formats and in all situations, Virat Kohli might already be India’s greatest-ever batsman”. This caused a flutter, but no great consternation: India has outgrown Sachin Tendulkar – the man most would have expected Guha to anoint – and is now in complete thrall to Kohli.

Certainly, there is a belief that opponents fear him more than they have any Indian cricketer. Tendulkar commanded great respect, as did Sunil Gavaskar, the champion opener, and the all-rounder Kapil Dev, but none was feared. They were all much too nice, though Gavaskar had an edge.

By contrast, Kohli on song can make adversaries panic. Comparisons with Vivian Richards are made with increasing frequency. Before last summer, those comparisons sounded excessive, if not foolish. Now, they do not seem unreasonable. Late last year, Richards said of Kohli: “I also played the same game. Can you imagine Viv and Virat playing in the same team?” Pity the bowlers.