With leg-spin and bat, by day and by night, Marnus Labuschagne was becoming at least an echo of the nonpareil Smith, writes Malcolm Knox on Australia’s batting sensation whose breakout English summer made him a Wisden Cricketer of the Year.

Marnus Labuschagne spent four days of what became his Ashes debut wearing an orange vest, and running drinks, towels and gloves to his team-mates. Like everyone at Lord’s on the fourth afternoon, a Saturday, he was gripped by tension as Jofra Archer sent down the fastest spell of 2019 at the inevitable Steve Smith. “I was at ground level, sitting on the edge of my chair,” says Labuschagne. “He was bombarding Steve, bowling really quick. From the way Steve was ducking and weaving, I realised it was a really fast spell. I looked up at the scoreboard: it was 93mph, then 95…”

Even when Smith was felled by a bouncer, Labuschagne had no thought of joining the game. He continued to play the reserve’s role, taking a drink to Pat Cummins at the non-striker’s end, and watching Smith receive medical attention. Smith would retire hurt, then return, before falling for 92. But Labuschagne slept well that night, thinking Smith would play next day.

“I never really thought I’d be out there, but my mind did start to work,” he says. “I reckoned I was probably the most like-for-like in the team. But when he came out and batted again, I thought he’d be fine. That meant I didn’t overthink things, or get nervous. Then, next morning, Tim Paine came over to the nets and said: ‘Mate, I think you’re playing.’”

Labuschagne had been given his footnote as Test cricket’s first concussion substitute. Even then, he expected a limited role on a field where he had played only once, a one-day appearance for Glamorgan against Middlesex earlier in the summer. On the Sunday, England resumed on 96 for four, only 104 ahead; the match seemed unlikely to shrug off the burden of time lost to rain. But Ben Stokes made a hundred, and Australia began losing wickets. Labuschagne was now able to taste Archer’s ferocious pace for himself.

“His second ball was right on the money, and hit me on the grille. I remember thinking it was one of the fastest I’d faced: it hit me before I could move. But once you get hit, you’re up and about. It gets you going. You start watching the ball a bit harder. I was less nervous playing than I had been watching. When you’re out there, you can do something about it.”

? EXCLUSIVE INTERVIEW ?@marnus3cricket speaks to @Taha_Wisden about his time at Glamorgan, the moment he was told he was to be the first concussion sub in Test cricket and facing the heat of Stokes at Headingley. https://t.co/SRzkSv0MdS

Labuschagne batted 30 overs to help save a match for which he had not been selected. Like Shirley MacLaine in The Pajama Game on Broadway, the understudy turned into a star. Through the remaining three Tests, he became the nearest thing to a like-for-like replacement for the irreplaceable. And by the end of 2019, he was even outscoring Smith: he hit 896 runs in five home Tests against Pakistan and New Zealand, culminating in 215 at the SCG, his fourth hundred of the Australian summer.

Marnus Labuschagne was born in Klerksdorp, a mining town in South Africa’s North West province, on June 22, 1994, the elder of two children of mining executive Andre and home economics teacher Alta. In 2004, Andre’s employer, DRDGold, offered him a three-year posting to run a new mine in Queensland. The Labuschagnes liked Brisbane enough to stay.

“I was doing everything I could to become a professional cricketer”

Attending Cleveland State School, then Brisbane State High School, Marnus showed talent as a scrum-half, and a good deal more as a cricketer. Gifted enough to be picked for Queensland age-group teams, he was not quite among the country’s best teenage players, but was already showing the obsessive work ethic that would become his signature. At 18, he beat a path to Neil D’Costa, the Sydney batting coach who had mentored Michael Clarke and Phillip Hughes. D’Costa changed everything: grip, stance, back-lift, attitude, even diet and training. “I was doing everything I could to become a professional cricketer,” says Labuschagne. “I wouldn’t say I had no doubt I would get there, but I hadn’t left myself any other options.”

He continued to obey the textbook, spending summers in England with Plymouth CC and Kent’s Sandwich Town. While learning how to bat and bowl leg-spin in diverse conditions, he also got a name as the ultimate nuffie, the player who kept others awake with the tap of his bat on his hotel-room floor, who never stopped eating, drinking or talking cricket. Back in Australia, his downtime was spent with friends improvising cricket-ish activities – backyard pitches made of bodyboards angled so the ball reared from a length, kitchen games that involved catching pieces of corn as they flew off a chopping board. 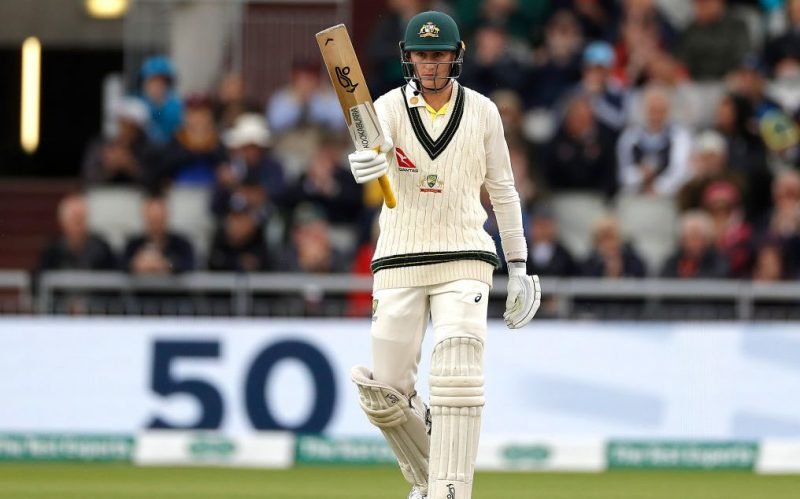 He was also collecting his own catalogue of footnotes. A club cricketer called in as a substitute fielder, he took a spectacular diving short-leg catch to dismiss India’s Varun Aaron at Brisbane in 2014/15. In September 2017, during a one-day match for Queensland, he became the first to give away a five-run penalty under a new fake-throwing rule, designed to stop fielders tricking batsmen into thinking they have the ball. “I’d been doing it for years,” he admits. “I got caught for not adapting quick enough.”

Even when unexpectedly selected for Australia as a batsman on the tour of the UAE in 2018-19, Labuschagne had the mark of a curio cricketer, used more for his leg-spin than for the batting which had yet to reach great heights for Queensland. But the selectors saw something they liked. He was back in the Test team late that summer, and his thousand runs for Glamorgan in early 2019 thrust him out of a thicket of contenders. 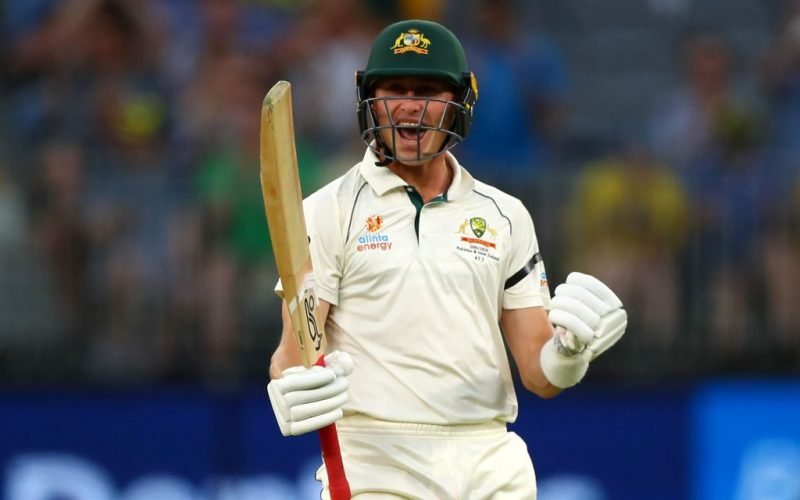 Labuschagne raised the bar during Australia’s home season, aggregating 899 runs at a staggering 112.38

A week after Lord’s, Labuschagne made 74 – out of 179 – and 80 at Headingley. “The first innings was my best in the series. It was overcast, and nipping and swinging about, but sometimes you get a feeling you’re picking the ball up early, and it’s going to be really hard to get out.” In the end, he was undone by a Stokes full toss.

At Old Trafford, he became the fourth player – after Herbie Collins, Herbert Sutcliffe and Mike Hussey – to reach 50 in his first four Ashes innings. Riding in the front seat of Australia’s 2019 roller-coaster, he then produced a moment of magic with the ball in the lengthening shadows to end Jack Leach’s two hours of defence in two northern cities, and hasten the retention of the urn.

Related Story: The summer that made Marnus Labuschagne a Wisden Cricketer of the Year

“To crack them open and win the Test like that was awesome,” says Labuschagne, before changing the subject to talk about someone else. There is no such thing as a like-for-like replacement, but with leg-spin and bat, by day and by night, he was becoming at least an echo of the nonpareil Smith.