From finding no buyers in the initial rounds of the auction and starting IPL 2018 on the bench, Chris Gayle has delivered two match-winning knocks for Kings XI Punjab – thus, by his own declaration, also “saving the IPL”.

A late inclusion in the KXIP squad mentored by Virender Sehwag, Gayle has repaid the team’s faith with back-to-back Player-of-the-Match performances. He followed up the 63 against Chennai Super Kings in his first match of the season with an unbeaten 104 off 63 balls in his second. It set up the team’s 15-run win over Sunrisers Hyderabad.

The effort in Mohali on Thursday April 19, was his 21st T20 hundred – that’s three times the number for the second-placed batsman. Centuries 19 and 20 came late last year during the Bangladesh Premier League. 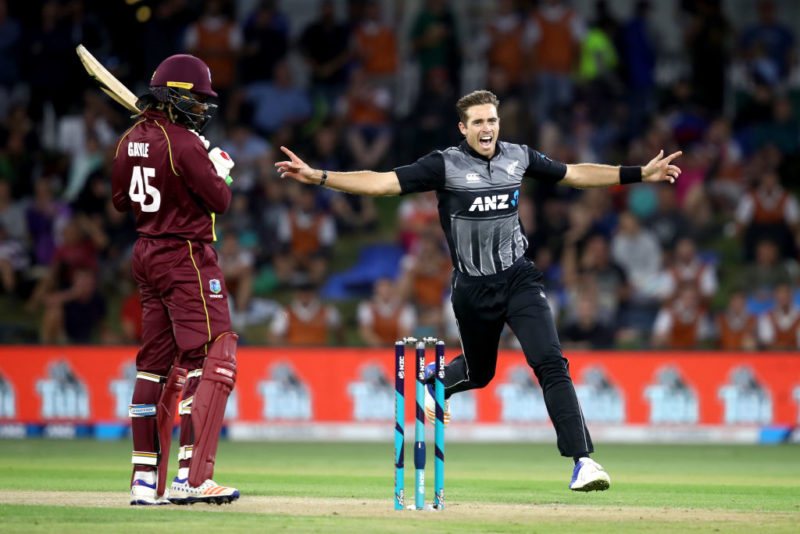 The big-hitting left-hand batsman insists he has nothing to prove to anybody, that he’s “done it all”. But it’s evident that the criticism of his form last year and his falling out of favour as an automatic pick rankled. He urged coaches and players worldwide to “put some respect on the name”.

“A lot of people might say Chris has a lot to prove, [since] I didn’t get selected, I didn’t get picked up earlier in the auction. But I can say, Virender Sehwag has saved IPL by picking me,” said Gayle after the match.

"Virender Sehwag has saved IPL by picking me"

“It may be too early to say it, but Viru said in an interview that if Chris Gayle can win him two games, he’ll get his money’s worth. Maybe I’ve to have another word with Viru,” he added.

Gayle’s knock included 11 sixes and a single four. Also, uncharacteristically, he accumulated 36 runs in singles and twos. In fact, his 18 dot balls are the fewest in any of his IPL hundreds and third-lowest in all his T20 centuries. “Yeah, I did some running today!” he said. “It’s a big outfield, I can’t hit every ball for six!” 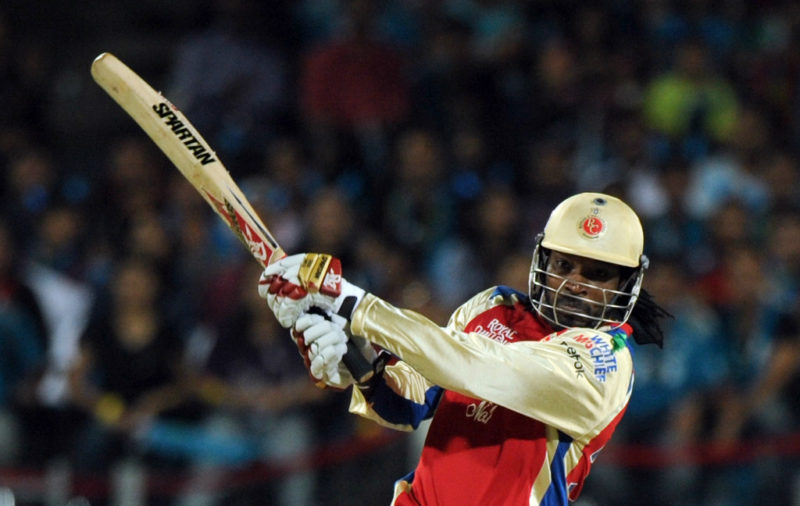 Gayle was not retained by his old franchise Royal Challengers Bangalore

It was a calculated innings from the Jamaican, and his teammate Andrew Tye agreed.

“He played to perfection. He picked who he wanted to go after, made sure he put the pressure on them, on Kane Williamson (the SRH captain) by making him bowl the bowlers when he did,” said Tye. “He knew that once he got through the Powerplay, spin came on, and he got into rhythm against spin. He was very smart about not taking too many risks against the pacers.”

Rashid Khan came in for particular punishment, dispatched for four sixes in a single over, on the way to his worst T20 figures of 1-55.

“[Rashid] is a key bowler. He’s been bowling phenomenally in this IPL and in his career. But I just wanted to put him under a bit of pressure. Just let him know that the Universe Boss is here,” explained Gayle. “It’s one of those things: Let bowlers know who’s in charge.”