Jo Harman on a barnstorming knock which exposed the folly of a 10-team World Cup.

Calum MacLeod is by no means the first batsman to blast the plight of the Associate nations into the wider consciousness of cricket fans, and others – John Davison, Tom de Grooth, Kevin O’Brien among them – have done it on a bigger stage. But none can match the Scot’s sense of timing.

Less than three months after Scotland were denied a place at the 2019 World Cup in the cruellest fashion – losing a decisive match at the qualifier to the West Indies on DLS method which they may well have won without the intervention of rain – and five weeks after Eoin Morgan’s all-conquering England side had moved to the top of the ODI rankings, MacLeod made a mockery of the ICC’s decision to reduce their showpiece world tournament to 10 teams.

The justification for that decision, as outlined by the ICC’s then-chief executive Haroon Lorgat when it was announced in 2011, was they wanted the tournament to be “as compact as possible” and that “there are 10 teams that will make for good competition”.

Given that the 2019 World Cup will run over 46 days and feature 48 matches, and that cricket is thriving outside of the established nations like never before, that rationale simply doesn’t stack up.

When you’ve only got one ODI scheduled between June 2018 and May 2019, you may as well have a swing and enjoy it. What have you got to lose?

The problem for Scotland and other non-full member countries is they have precious few opportunities to prove they can mix it with the best. And as a consequence the pressure builds when those chances do arise. Get thumped and you’re in effect justifying your own exclusion from the game’s top table.

On the flip side, perhaps the inequity of the situation provides a sense of liberation. When you’ve only got one ODI scheduled between June 2018 and May 2019, you may as well have a swing and enjoy it. What have you got to lose?

Calum MacLeod isn’t a player who needs much encouragement to have a swing. On the books with Warwickshire as a young fast bowler, he was reported for a suspect action during an Intercontinental Cup match in 2009 and forced to reinvent himself as a batsman after largely unsuccessful remedial work.

He’s developed into a ferocious striker of the ball, as shown by his unbeaten 157 against Afghanistan at the World Cup qualifier in March when he dominated Rashid Khan in a way that very few have managed in the world game, scripting a seven-wicket win in the process. 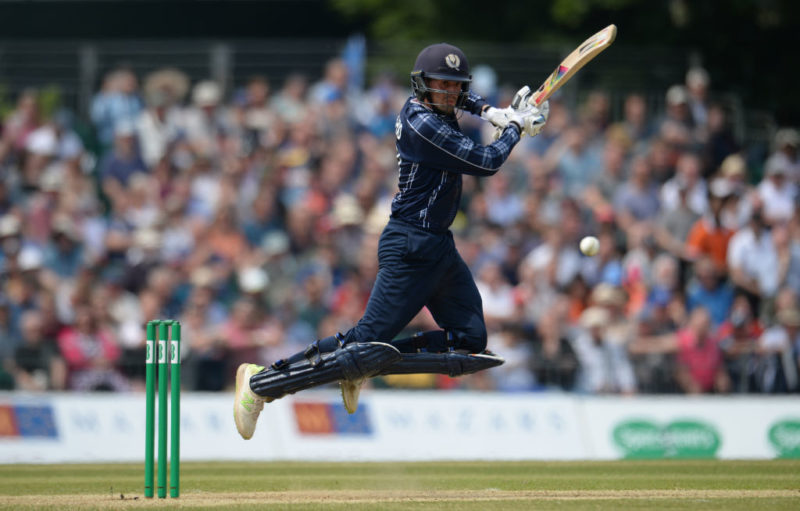 MacLeod’s blitz in Edinburgh to take down England was even more brutal, and yet controlled in its delivery. Coming to the crease with the score 103-1 in the 14th over, he hit 16 fours and three sixes in his 140 not out, becoming the first Scot to score an ODI hundred against England and taking his team to a record total of 371-5. His father Donald, a renowned photographer, was on hand to capture his son’s extraordinary innings.

That Scotland’s bowlers backed up his efforts, holding on for a six-run victory which even the most hardened England fan would struggle to begrudge, only made the knock more special. 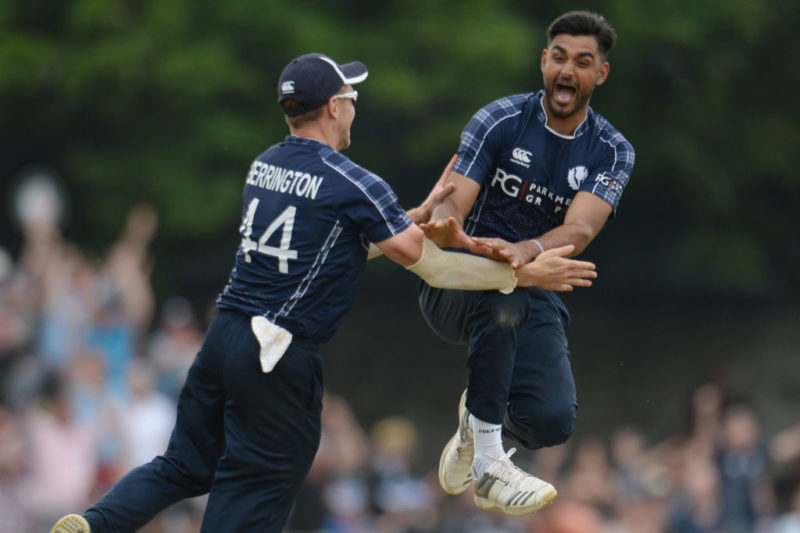 Safyaan Sharif sealed a sensational win for the hosts

“It does not take away what happened in the World Cup qualifiers and everyone’s feelings about the 10-team tournament,” said MacLeod. “But this was a special day. It is up to us now to build on it.”

That is easier said than done given the opportunities available, particularly in ODI cricket. In October the ICC revealed their new qualification pathway for the World Cup, with the 2023 edition in India set to persist with 10 teams.