Ben Gardner on an innings that confirmed Taylor’s status as modern great of ODI cricket.

Exactly what type of batsman Ross Taylor is has sometimes been hard to tell.

It’s something that’s been emphasised by the crystalline definition of the two other New Zealand titans he has spent much of his career playing alongside – Brendon McCullum the headlong-charging swashbuckler and Kane Williamson the zen model of technical perfection. Taylor sits somewhere in the middle, having molded himself from a hitter into a churner as per the team’s requirements.

Taylor can strike the ball about as cleanly and consistently as any player in the world, but that tends to get overlooked when you share a dressing room with McCullum, and while currently he is the most prolific Black Caps batsman, it is only a matter of time before Williamson breaks every batting record there is in New Zealand cricket. But if it’s made him harder to define, it’s also only made him all the more valuable, and New Zealand have rarely been more grateful for his dual skillsets than in this innings against England. 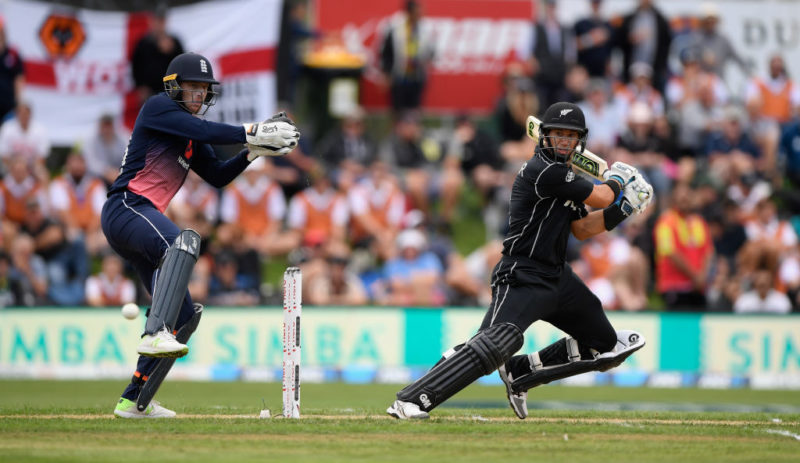 Taylor entered at 2-2, chasing well over 300 in a must-win game against the best ODI side in the world. Steady but flowing accumulation was what was needed, and Taylor provided, whirring to his hundred off 99 balls, setting a platform with Williamson and Tom Latham, but aware all the while that a big finish was needed.

When Taylor injured his leg diving to complete a second, it appeared his night was over, and his job more than done; He could barely walk, and the blow would keep him out of the decider. Instead, he decided to stick around and have a swing, with carnage the result as Taylor smashed 72 off 42 balls after his injury, guiding New Zealand unbeaten to victory in the final over.

What was most impressive was that, even knowing boundaries were his only currency, he picked his moments and his bowlers, and never lost shape, even without being able to move his feet. 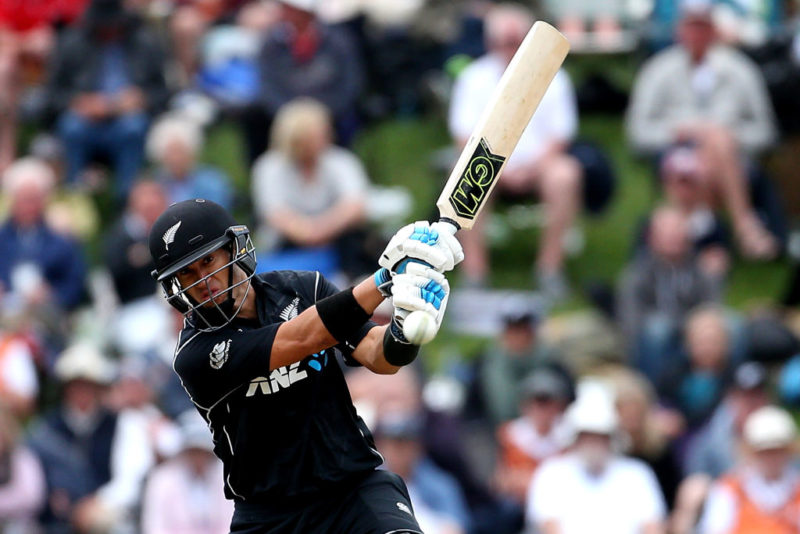 When five runs came off the 46th and 47th the game was in the balance. But as soon as Chris Woakes missed his mark by an inch, Taylor launched him out the ground. A nailed yorker was squeezed out and somehow he scampered two, and then another length just missed, another powerful stroke, and the target was under a run a ball.

Taylor is no stranger to performing extraordinary feats in the toughest of circumstances. In 2012, he was told before New Zealand’s Test series against Sri Lanka, in private, that he would be axed as captain after the tour. In the second Test, after heavy defeat in the first, his 216 runs in the match gave New Zealand a first Test win in Asia against a side other than Bangladesh since 1998. The late Martin Crowe rated the performance as the equal-greatest in New Zealand’s Test history.

In 2016, a medical examination revealed a growth behind his left eye which would require surgery. After his 181* against England he spoke of not being able to see the ball swing out of the hand, of not wanting the ball to come near him in the field. Still, in his last game before surgery – New Zealand don’t have the depth to leave out even a vision-impaired Taylor – his 102* off 134 balls gave his team just enough time to snatch a dramatic victory against Pakistan.

He is vastly underrated. Since the 2015 World Cup, only Virat Kohli averages more in ODI cricket, yet he rarely gets mentioned in conversations listing the best ODI batsmen in the world. During that same period he averages just under 50 in Tests, ninth best in the world, making his case strong for being alongside Joe Root, Kohli, Steve Smith, and Williamson as one of the best five all-formats batsman in the world, but considering the identity of the other four, it’s impossible for him not to get sidelined.

Now, out of the shadow of the McCullum, comfortable in his flexible role in New Zealand’s line-up and as Williamson’s lieutenant, he is churning out runs like never before. Next year’s World Cup appears to be coming at just the right time for Taylor to fully and finally emerge into the spotlight. Even without that however, his place in the pantheon of all-time greats should already be confirmed. Innings like this only provide further evidence of what should be accepted fact.